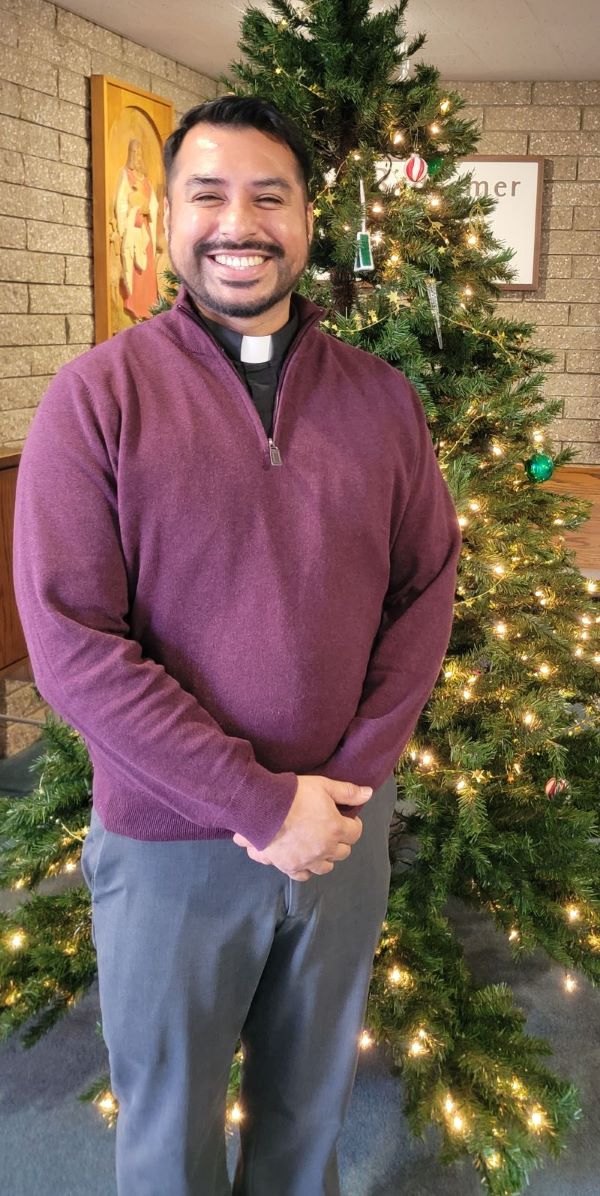 Rev. Misael Fajardo Perez (he/his) served in the Northwest Intermountain Synod as the Mission Developer for the Wenatchee Valley Lutheran Latino Ministry. Originally from Mexico City, Misael came to the United States when he was 18 years old. He attended Trinity Lutheran College, Issaquah, WA. After graduation, he was called to work with young people in the multicultural context of Yakima, WA at Tree of Life Lutheran. He went on to earn his Master of Divinity from Pacific Lutheran Theological Seminary in Berkeley, CA, graduating in May, 2013 with a concentration on evangelism and justice.

Misael following his ministry as Mission Developer he was called as an Interim Pastor for Faith Lutheran Church in Leavenworth, WA. Once he ended his task as interim, he was called to be the Senior pastor at the ELCA’s Pacifica Synod with St. Peter Lutheran / Iglesia Luterana San Pedro in Santa Ana, California, his term concluded in early January 2022. He came to Our Redeemer late January 2022.

Pastor Misael has been a huge asset in our transitition at Our Redeemer. Visiting the homebound, leading bible studies, being with the grief group, leading worship, being with those who have lost loved ones and presiding at their funerals. He is a part of the transition team and a wonderful leader